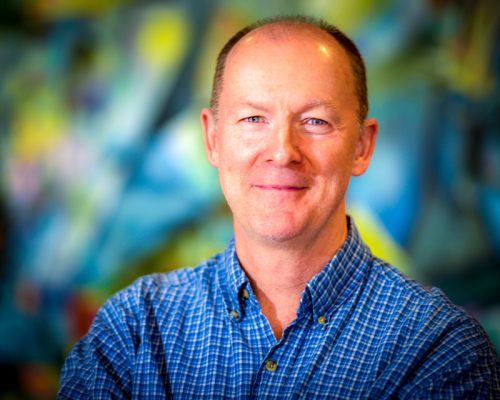 John Nix is Professor of Voice and Voice Pedagogy and chair of the voice area at the University of Texas at San Antonio.  His mentors include Barbara Doscher (singing, pedagogy) and Ingo Titze (voice science).  Current and former students have sung with the Santa Fe, Arizona, Chautauqua, St. Louis, Nevada, Omaha, and San Antonio opera companies, and two have served as NATS Intern Program Master Teachers.  In addition to his active voice teaching studio, he performs research in voice pedagogy, literature, and acoustics, having produced 42 published articles and 8 book chapters; he also co-chairs the NATS Voice Science Advisory Committee, and serves of The Journal of Singing’s editorial board.  Mr. Nix is editor and annotator of From Studio to Stage: Repertoire for the Voice (Scarecrow, 2002), vocal music editor for the Oxford Handbook of Music Education (Oxford University Press, 2012), and one of three general editors for the Oxford Handbook of Singing (Oxford University Press, 2019). 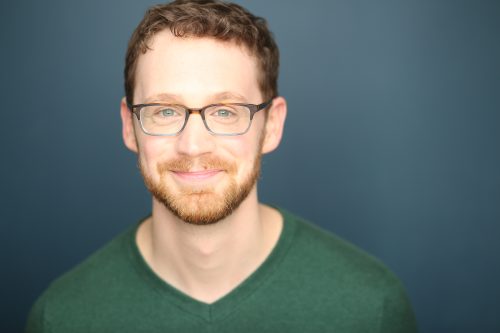 Jared Trudeau is an Assistant Professor of Voice at The Boston Conservatory at Berklee, teaching in the undergraduate and graduate Musical Theatre programs as well as both graduate Voice Pedagogy programs. In addition to his faculty post, Trudeau maintains an active private studio in New York City. His musical theatre and cross-over students can be seen in many Broadway, off-Broadway, national tour, and regional productions. His recording artists have performed worldwide, received Emmy nominations for their songs, and have charted on the iTunes Top 10.

Trudeau has quickly become a sought-after pedagogue due to his integration of practical studio skills and the most current voice science. He has served on the voice faculty of Molloy College’s CAP21 Theatre Arts Program and as a visiting faculty member at Penn State. For four years, he served as the head of voice for S.T.A.T.E., Penn State’s summer high school musical theater training program.

Trudeau’s work as a researcher and guest clinician has brought him all over the United States. He has presented research at the Musical Theatre Educator’s Alliance (MTEA), Pan-American Vocology Association (PAVA), Fall Voice, National Association of Teachers of Singing (NATS), and Voice Foundation conferences. He also is on the faculty for the Vocal Pedagogy Professional Workshop at The Boston Conservatory. He has also been published in the Journal of Voice and his current research with Amanda Flynn (recent Van Lawrence recipient) and Dr. Aaron Johnson (NYU) is funded by The Voice Foundation and a faculty development grant from Berklee. Jared is on the board for the New England Voice Foundation and is excited to join the board of NYSTA and contribute to the Professional Development Program. 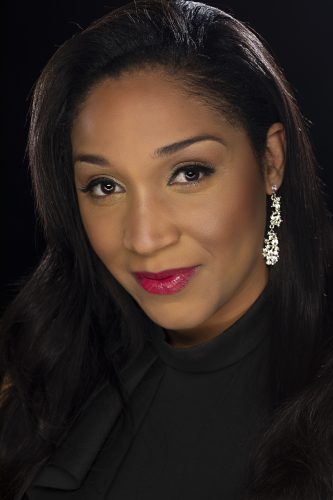 Dr. Trineice Robinson-Martin serves on the faculty of Princeton University as the director of the Jazz Vocal Collective Ensemble, applied voice instructor, and lecturer on African American music styles. In addition to Princeton University, Dr. Robinson-Martin is also a certified instructor in Somatic Voicework™ The LoVetri Method, a national faculty member of the Gospel Music Workshop of America, Inc., executive director of the African American Jazz Caucus, Inc., a founding and executive board member of the Donald Meade Legacy Jazz Griot Award, a member of the distinguished American Academy of Teachers of Singers, a board member of the Jazz Education Network and Youth Orchestra of Central Jersey, and on the editorial board on the Journal of Singing.

Based on her graduate research, Dr. Robinson-Martin designed Soul Ingredients®, a teaching methodology for developing a singer’s musical style/interpretation in African American folk-based music styles (i.e., jazz, gospel, R&B, blues, etc.). This methodology shows students how to take their personal experiences, musical influences and models, and execute the different components in a manner that is personal to the singer/performer’s own expression. As an accomplished performer, teacher, and scholar, Dr. Robinson-Martin has traveled and taught students from all over the world and lectures nationally and internationally on a variety of Soul Ingredients® topics. Dr. Robinson-Martin offers teacher training and artist development courses online and in person. “When Science Meets Soul: Soul Ingredients® Methodology” is a course offered in-person and online during the LoVetri Institute for Somatic Voicework™ at Baldwin Wallace. Soul Ingredients®: Weekend Intensive courses focuses on vocal pedagogy and performance strategies for African American folk-music styles, are offered online.

Maintaining an active performance schedule, Dr. Robinson-Martin’s performance experience spans a variety of musical styles, venues, and settings: the intimacy of private parties and local clubs, the grand stages of musical arts centers and large music festivals, and international stages. She has performed with concert choirs and chorales, large and small jazz ensembles, Latin music ensembles, corporate bands, a POP orchestra, and R&B groups, including tours with international R&B recording group CHANGE and Standing in the Shadows of Motown Live.

Dr. Robinson-Martin releases her first solo album titled All or Nothing in the Summer of 2021. Co-produced with jazz saxophonist Don Braden, the album features several internationally acclaimed musicians on the project, including Don Braden, Cyrus Chestnut, Kenny Davis, and Vince Ector. All or Nothing features a mix of traditional and contemporary jazz standards, jazz-infused R&B standards, and original songs.

Dr. Robinson-Martin has authored and produced several published works, both peer-reviewed and self-published. Recognized for her contributions to the field of vocal pedagogy, her scholarly publications include Perspectives on Teaching Singing: A Celebration of Vocal Pedagogy in the 21st Century edited by Harrison and O’Bryan called “Take My Hand: Considerations for Teaching Gospel Singing,” and So You Want To Sing Gospel, produced as part of the So You Want to Sing book series sponsored by the National Association of Teachers of Singing. Her most recent contributions include The Voice Teacher’s Cookbook (Winnie, 2018), Training Contemporary Singers (Benson, 2019), and African American Music (Tolson, 2021). Forthcoming publications include the self-published Voice Training for the Gospel Soloist book and CD, which encompasses her complete method and experience of training, in addition to Style Conditioning Exercises for contemporary singers.

More information on Dr. Trineice Robinson-Martin and Soul Ingredients® methodology can be found at www.DrTrineice.com.

mer Bio: Brian Kremer is an Assistant Professor of Music Theatre, as well as a professional singer, actor, and voice instructor at Elon University. He teaches courses in voice specializing in contemporary singing and performance styles including music theatre, rock, pop, country, R&B and hip-hop. Previously, he worked as the coordinator of voice for the Ira Brind School of Theater Arts at the University of the Arts (Philadelphia, PA) and was the Assistant Director of the American Musical Theater Ensemble at Manhattan School of Music (New York, NY). He also maintains Kremer Voice Design, a private voice studio providing individualized, one-on-one vocal instruction. www.kremervoicedesign.com. Beyond the classroom, he is co-author of The Singing Teacher’s Guide to Transgender Voices, the first comprehensive resource developed for training transgender and nonbinary singers. Its goal is to aid in the development of a successful vocal pedagogy and to help the academic community better understand the specific needs of transgender students as it pertains to vocal training. His current and former students can be seen performing on Broadway, off-Broadway, on national and international tours, and at various concert and commercial venues.

Course Description: The goal of this course is to equip teachers with a set of tools to effectively assign repertoire in a developmentally sound, progressive manner that will foster technical and artistic growth in multiple genres. There are three main modules, each taught by an expert in that particular genre: Classical, Musical Theatre, and Contemporary Commercial Music. Additionally, there is a brief module discussion considerations to make when working with trans singers.

Course Goals and Learning Objectives: Upon completion of this course, students will be able to identify the musical, emotional, technical, and stylistic components of songs in multiple genres that make it appropriate for the beginning, intermediate, or advanced student.

The courses are asynchronous, and you can start them at any time. Once you begin the course, you will have 3 months to complete all of the modules and assignments. You will not be able to extend the duration of a course once you begin.

Each course is about 10 hours of content, with a quiz after each module, and 3 assignments that are due at various points in the course.

In order to receive the Distinguished Voice Professional Certificate (DVP), you will need to pass all of the courses with a B- (80) or higher.

You are encouraged to take the courses in the order they are listed, as they each build in content. However, it is not required.

Each course is $300 for NYSTA members and $350 for non-members. You must be signed in as a member in order to purchase the course at the member rate.